My Car Windows vs the Robin

I have a robin problem.  Or rather, a robin has a problem with me- with my car, specifically.  I like my car, and I like all animals too, but this bird, man.  This bird is my nemesis.

6:52am: Take dog out to the yard for her morning business meeting

7:05am: Enjoy a cup of coffee with a dog in my lap while reading the news

This week, my morning routine has gone something like this:

6:52am: Take dog out to the yard for her morning business meeting.

6:53am: Scream in surprise as a winged red bullet streaks inches from my head

6:53am: Shout in dismay at the red menace as it drops its payload all over the driver side door of the formerly pristine BMW

6:54am: Fruitlessly try to calm down exuberant dog as it barks endlessly at the red terror; fruitlessly attempt to shoo the bird-fiend away from what I’d foolishly assumed was my territory

7:04am: Plead with exuberant dog to please finish her meeting so we can go back inside, but exuberant dog can concentrate on nothing but the fluttering monster

7:09am: Meeting adjourned, but with unfinished business.

This Hitchcockian nightmare so doesn’t work for me.  I don’t like having my routine disrupted, and I definitely don’t like having white streaks of bird filth decorating my car.  I’ll spare the specific details of my evening routine, but suffice to say the attacks resume shortly after I pull into the driveway, the dog is similarly flustered, and I’m both terribly annoyed and amazed by the robin’s bird-brained persistence.

Now, I’ve lived in this house for over two years now, and I’ve seen plenty of robins.  I’m certain at least one or two have been living on-property as long as I have, yet I can’t recall ever having this problem before.  So naturally I’m wondering: why me, why now, and what’s so offensive about my poor car that it deserves to be so savagely attacked each morning and evening?

Thanks for nothing, Internet

Not about to be defeated by a creature far lower in the pecking order, I turned to Google to try to understand what I’d done to bring this robin-evil upon myself, and what I could do about it.

Robins, as it turns out, are actually quite territorial, particularly during breeding season.  They’re known to challenge rivals, flashing their bright red breast in a show of intimidation.  If the interloper fails to take a hint and back off, it can come to blows (well, pecks) until someone eventually backs down.

Thus, plenty of sites confidently had the answer for me: it’s your side mirrors!  The robin sees its reflection, thinks its a rival, and attacks.  Just cover them up, and bam!  Problem solved.

This all sounded very reasonable to me, and armed with this new knowledge of North American migratory bird behavior I dutifully folded in my side mirrors, covered them with bags, and hoped for the best.

In retrospect, I should’ve asked myself: “If here in beautiful southern California robin breeding season apparently starts in April, and this is my third April in this house, why have I never been assaulted by birds before?”  If I had, I might not have been surprised when the attacks continued unabated, and my car continued to resemble something Radagast would drive. 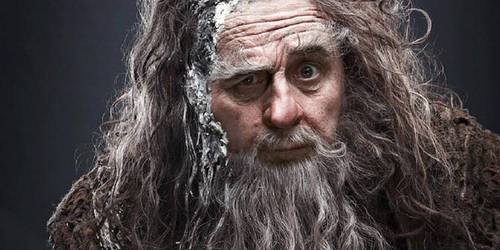 The answer to the question I didn’t ask was: “Because here in beautiful southern California, robins are apparently dumb as a bag of sand.”

The robin wasn’t attacking its reflection- oh no.  It was after MUCH bigger game: the giant, BMW-shaped robin that had invaded its breeding grounds, failed to back down, and apparently insulted its mother to boot.

So, fellow red-on-gray car owners: beware brave Sir Robin.  Looks like I’m in the market for a car cover.  Maybe something in blue…

This site uses Akismet to reduce spam. Learn how your comment data is processed.